Studying at universities is one of the most important things in every student’s life, as when you choose what to study at university, you basically decide your future. Programming is a good discipline, as well as Translation, but how about Business Administration?! Have you ever thought about studying an MBA at the university?! It is an excellent choice, especially when you decide to have it at an American private Ivy League research university, Yale University, one of the 9 Colonial Colleges chartered before the American Revolution, and the third-oldest institution of higher education in the U.S., which was founded in 1701 in New Haven, Connecticut. It was called “Collegiate School” by Connecticut Colony, who chartered it, but it was renamed to Yale University in 1716 after being moved to New Haven.

These concentrations and departments are offered at the School of Management at Yale University:

About 75% of the students of the full-time program are employed when they graduate.

MBA graduate students at Yale study raw cases, that requires them to analyze a wide array of materials. They also fulfill a global studies requirement, which involves a trip overseas, after completing the Leadership Development Program.

Students can also get involved in many academic centers including the Center for Customer Insights, the Center for Business and the Environment, and the International Center for Finance. They also have access to several clubs from community service organizations and sports teams to professional development groups. They also have the opportunity to study abroad through the Tsinghua University School of Economics and Management in Beijing, the London School of Economics and Political Science, and many others.

The executive MBA program is offered at Yale with a weekend format. There’re also doctoral programs in organizations and management, marketing, finance, and accounting. 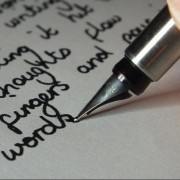